Who is your goodness role model?

Phil McKoy is the speaker next Friday, May 10, at the Good Leadership Breakfast.

One of the questions I use repeatedly in interviewing Good Leadership Breakfast speakers is, “Who were your role models for good leadership, and the idea that goodness pays?” Our speaker for next week – Phil McKoy, the CIO at UnitedHealthcare – didn’t skip a beat in delivering an energetic and inspiring answer, “I have to say that I have two people that come to mind, and one is someone I’ve never met.”

Happy, intense, and grateful are three words that are top-of-mind for me, to describe Phil Mckoy from our interview and coaching session to prepare for his speech. He grew up in Jamaica as the son of a country pastor. When he was 12 years old, his family moved to Atlanta where he attended high school. He stayed in the U.S. for college at Washington and Lee University in Virginia, and then on to graduate school at University of Denver. Like many other leaders I’ve interviewed, his path to Minneapolis/St. Paul began when he married his wife who grew up here, and wanted to return home.

The two role models for “goodness pays” were his father who served a rural congregation as a country pastor, and his grandfather. “My dad had a big impact on the community every day, not just on Sunday. He embodied what it meant to be a ‘good leader’ in every way possible.” 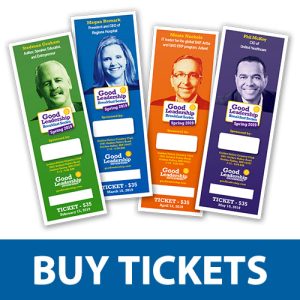 “I also have a role model that I’ve never met – my grandfather. He was one of the first educated black business men on the island of Colonial St. Kits. When I walk on that island, and tell people that I’m his grandson, people say, ‘Whoa!’ He was bigger than himself. I never met him…but he paid it forward for his family and I am the benefactor of that. When I’m there, I always identify myself with his name…and it resonates in a very positive way.”

Today, Phil believes he is carrying on his family legacy by shaping the future of healthcare in America with technology at UnitedHealthcare. “Working to reform healthcare is not for the faint of heart – it’s a tough business, kind of a mess. I believe in the UHG mission: Make people healthier, and make the system work better.”

His professional path included international assignments for Accenture, Target Corp., Aimia, Inc., and then onto UnitedHealthcare. “I never really planned to be in the IT field, with a B.A. in Political Science, and Masters in International Affairs…but once I got involved in large IT projects I was hooked.”

He finds the biggest satisfaction in the job by building teams, and seeing people thrive. “I love the growth and development that comes with that. Not the most technical IT leader – but I have a good eye for talent, and I can build teams. That’s what gets me up in the morning.”

If you click this link, there may be tickets left for next Friday’s breakfast so you can meet Phil McKoy.