Good Leaders: What mysteries of life challenge you for the better? 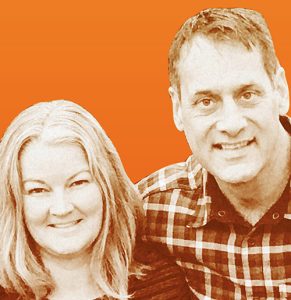 Moira and Erik are business partners, who also share an amazing parenting journey with their son Kieran.

Erik Gabrielson and Moira Petit were fiercely independent people who fell in love. They met in a “triathlete club.” Erik was an adventure junky, Moira a University Professor. “Having children wasn’t on my list,” shrugged Erik. “It wasn’t not on my list either,” confirmed Moira. Then, along comes Keiran – a miracle child who was born into a life of medical marvels and whose parents learned to work together to influence the healthcare system.

The story of Kieran Gabrielson, as told by his parents Erik and Moira, will warm the hearts of Good Leadership Breakfast guests on Friday, April 20.

It was the words: “I recommend you terminate the pregnancy,” where their story really begins. At the April 20 Good Leadership Breakfast, Erik and Moira will share their personal leadership journey, a story of love, persistence and fiercely independent parenting.

At 20-weeks into the pregnancy, the doctors identified a serious problem with the development of Kieran’s internal organs. Afflicted with CDH (Congenital Diaphragmatic Hernia), the left side of his diaphragm didn’t form, which meant his intestines and liver where up in his chest, which meant his lungs didn’t develop – which meant he couldn’t breathe. That’s not good if you intend to live. 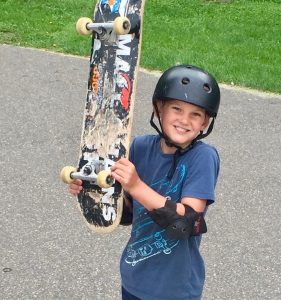 Kieran survived dozens of surgeries to live a life of adventure as his parents imagined.

The doctors told the couple their child has a severe case of CDH, he won’t likely survive, and if he lives, he will have a difficult life and a million complications. For Erik, that’s where the fight began. For Moira, “that’s when I started letting go. This child was alive in me. And he was going to live a full life, I had to be fully present as his mother to give that a chance.” 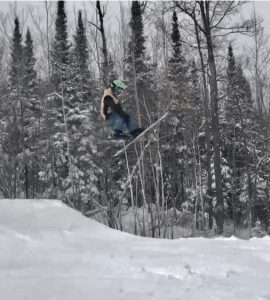 Today, Kieran is living the life of adventure his parents imagined, he loves skateboarding and snowboarding. Not surprising, he’s also a wily veteran of the healthcare system. And he’s the beneficiary of parents who are continuous care-givers, and partners in a leadership consulting firm called Activ8 – where they share this story for good.

In their presentation to the Good Leadership Breakfast guests, they will share their insight about receiving Kieran’s two big gifts: 1) the diagnosis, and 2) his birth. “Up until the diagnosis, I wasn’t tuned into the life in my wife’s stomach. I became connected with him and her, and it completely changed me,” shares Erik.

He continues, “Kieran taught me more in the first minute of his life than I’ve learned in the rest of my life combined. That’s when I got to the ‘letting go’ part. I signed all of the papers giving up all of the parental rights to the doctors. That changed me as a father. I had to believe in him, and other people, in ways that I didn’t think were possible.”

Erik spends most weekend days in the winter on the slopes with Kieran.

I’m looking forward to greeting Erik and Moira, and our breakfast guests on Friday, April 20. I will be returning from a month-long sabbatical, after visiting South Africa and leaving my laptop behind.

Good leaders embrace the mysteries of life as a challenge. And they work together in ways that make great things possible.

Please share with me: What mysteries of life challenge you for the better?