Good Leaders: What’s your plan to help others grow?

The best leaders not only develop themselves, but also consistently help those around them grow.

Are you the kind of leader that others would willingly follow? The best leaders not only develop themselves, but also consistently help those around them grow.

How to start? A great way is by sharing with others your own winning philosophies for navigating and growing as a leader.

That’s precisely what Mike Ott, president of the Private Client Reserve of U.S. Bank, does with colleagues and members of his own family, by providing them with his “IPAD” leadership strategy. He wouldn’t mind at all if you used it, too! As Mike shared to a standing-room-only crowd at a Good Leadership Breakfast this past fall, IPAD in his world stands for Integrity, Positive Attitude and Drive. These attributes have been constants throughout Mike’s career, spanning from graduating from the Air Force Academy to working at the Pentagon to thriving in private banking as part of the “most admired superregional bank” for the past five consecutive years by Fortune magazine.

In the highly structured environments of the military and banking, Mike has found many of his military leadership skills applicable to banking and helpful to others – especially IPAD.

“Within the bank I build teams of people who have skills and experience, but who role model the IPAD strategy in how they relate to others,” Mike says. “I want people who are fully engaged, because that’s what clients deserve. While credentials are important, achievement combined with a superior and positive attitude is just as important.”

Does Mike’s IPAD strategy mesh with your own leadership beliefs and is it a good fit for those who turn to you for guidance? Consider the following about IPAD: 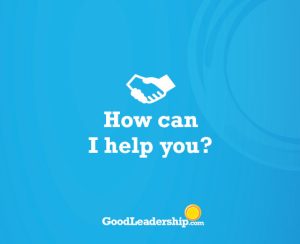 Good leaders help their colleagues and customers succeed by consistently acting with integrity. And they demonstrate a positive attitude and champion drive in themselves and others.