Good Leaders: Who do you serve? 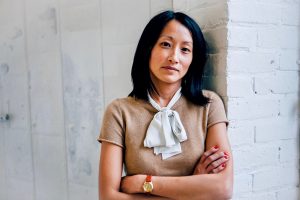 Pahoua Hoffman immigrated to the US in 1976, and today she is the Executive Director of the Citizens League. Meet her on September 21, at the Good Leadership Breakfast.

Ten days from today we’ll host another Good Leadership Breakfast, and I’m especially excited about this one. Here’s why: One of my most gratifying roles as the CEO of Good Leadership Enterprises is selecting and inviting the speakers for our breakfast series. Silly me, I thought it would get easier as the breakfast grew. With so many good choices, it helps immensely when someone from our circle of friends makes a strong recommendation. That’s how I met Pahoua Hoffman – she’s the Executive Director of the Citizens League here in Minnesota, and she’s our speaker this month. And Paul Taylor made the introduction.

Who does Pahua Serve? 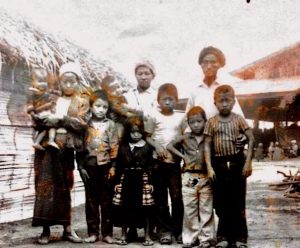 In a rare photo of her refugee experience, Pahua is pictured here as a baby, held by her mother (far left.)

The Citizens League does not have top-of-mind brand recognition in most consumer circles. Unless you are involved in state and local policy-making you are unlikely to know anything about Pahoua’s professional life. “While our organization’s address is in St. Paul (near the state capital), we serve the entire state of Minnesota, on a wide variety of passionate subjects that affect everyone,” she explained to me in a vibrant interview.

So, what kind of subjects? Reasonable question. In less than 45 minutes I learned about the Citizens League’s involvement with: the changing workforce on the Iron Range, and how social enterprises encourage locally controlled economic development to create jobs and skilled workers. I also learned about a program called Golden Happenings launched in Harmony, Minnesota, where more than 50% of the population is over the age of 55. It’s a program started by a widow who has made it her life’s purpose to ensure seniors do not suffer from isolation. I hope you agree, she’s working on important things!

A small number of tickets are still available to meet Pahoua on September 21, get yours here.

How Did She Learn to Serve? 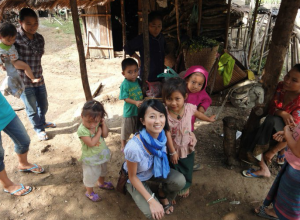 Pahoua visiting children in Laos, her country of origin.

Pahoua is the oldest of four children, born in Laos. Her parents immigrated to the US in 1976. On American soil, the family lived in a refugee camp. By the time she was in the 2nd grade, her English language skills surpassed her parents. So, she became the English translator for her family. “My parents loaned me out to help other immigrant families communicate in English to get what they needed in America,” she laughed.

“When I accepted the job as Executive Director of the Citizen’s League, I felt like I was returning to my roots – serving my community by becoming the translator about important things where people were not being understood or heard,” she reflected. “That’s what I did to help my parents succeed in America when I was a child.” She continued, “Looking at my life today, I believe the most powerful influence is how you interpret the values on which you were raised.”

A Ball of Contagious Energy 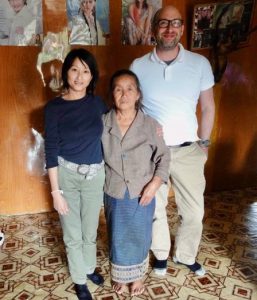 On one of her travel adventures to Laos, Pahoua is pictured with her aunt and her husband.

It’s easy to imagine that her job requires travel and endless energy to meet people where they are at – both literally and figuratively. Part of the calm in her determination comes from a strong understanding of her role. “We’re not in the business of changing people’s minds. Our job is to make sure we give people information in a credible, neutral tone – without too much flash. What we do is champion the role of all Minnesotans in public policy making,” she explained.

“I really work hard on the job, and when I’m on vacation…I’m totally off! Off the grid, off the job, and tuned out,” she laughed. She loves live music festivals, seeing jazz in the Twin Cities on Monday nights, and adventure travel with her husband and friends.

Good leaders serve the needs of people by choice. And they influence from the values from which they were raised.