What’s it feel like to be in the presence of greatness? 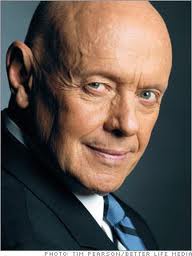 Have you ever experienced the mood-altering presence of greatness? There are some people who hold themselves in such a way that they literally alter the mind-body chemistry of individuals, groups and teams…Last week I met someone whose presence did that.

DISCLAIMER: I have no idea who the guy is in this picture.  I was so moved by greatness experience that I actually “Googled” the concept: [fusion_builder_container hundred_percent=”yes” overflow=”visible”][fusion_builder_row][fusion_builder_column type=”1_1″ background_position=”left top” background_color=”” border_size=”” border_color=”” border_style=”solid” spacing=”yes” background_image=”” background_repeat=”no-repeat” padding=”” margin_top=”0px” margin_bottom=”0px” class=”” id=”” animation_type=”” animation_speed=”0.3″ animation_direction=”left” hide_on_mobile=”no” center_content=”no” min_height=”none”][People who represent Greatness].  I found the most random stuff — including this guy. The caption read: Most people associate greatness with power and money. Maybe true…but that’s not what I’m talking about.  And besides, this guy looks like he might be fighting back indigestion.

To further my curiosity, one the same screen I found this guy…I also found a picture of Nelson Mandela — that’s more what I had in mind. 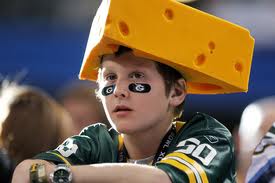 Why in the world would anyone find this picture by Googling: Images of people who represent greatness?

But I also found THIS picture.  Geesh…how in the kingdom can a 13 year old boy wearing a Green Bay Packers jersey and a cheese-head hat represent greatness?  Disappointing.

I’ve heard people describe being in the presence of Muhammad Ali as greatness.  And Michael Jordan and even Bill and Hillary Clinton.  To be certain, it’s ‘rare air’ for anyone to actually be in the same room as these people.   But I’m asking a different question:  have you ever personally been in the physical presence (the same room) of a person who embodied greatness?

Last week I felt greatness move through me.  I do not have permission to share with you who gave me this experience, or where.  But I can tell you how:

In a small corporate meeting room, a very humble leader quietly entered a room occupied by approximately 20 very high paid executives: their new chief executive officer.  He’s not from here and does not look like anyone else in the room.  He spoke quietly, without notes.  Each sentence increased clarity.  He explained amazing new possibilities easily within reach.  Calm.  He also articulated what’s not acceptable, and how quickly he would make those judgements.  Confidence. The message was new — an equal mix of invigoration and earth-shattering attack on the status quo that these leaders built, and profit from.

He answered questions one after another with razor sharp articulation, demonstrating his intolerance for half-baked ideas and useless metaphors.  Three specific times he began his answer with “That’s a good question…”  The pulse of those three questioners danced like a 15-year old girl at a high school dance. Character builder.

As I facilitated the debrief, one woman executive said: “our confidence has been elevated to a whole new level, and that’s great to see in this room.” No one thought about how much money he makes.  No one cowered under his power.  They were filled with calm, and confidence.   And collectively, they knew the presence of this new leader would test and build their character.